Brittney Griner’s Tearful WNBA Teammates Play On After Her Conviction

Brittney Griner, the Phoenix Mercury star, was convicted on drug charges in Russia. Hours later, her teammates had a game. “Nobody even wanted to play today,” one said. 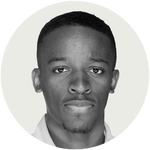 The Mercury were set to take on the Connecticut Sun at 7 p.m., and her players were supposed to be on the court going through their normal pregame shoot-around, but no one showed up.

Instead, the Mercury players were back in the locker room, glued to the television screen watching their teammate Brittney Griner’s conviction and sentencing on drug smuggling and possession charges earlier that day in a Russian court thousands of miles away. “It was like you’re waiting for a bomb to drop,” Mercury guard Diamond DeShields said.

They watched with tear-filled eyes as Griner fought through her own tears and pleaded with a Russian court not to “end her life” for an “honest mistake.” Griner was sentenced to nine years in a Russian penal colony and fined 1 million rubles, or about $16,000. The sentence opens the door for Griner to be returned to the United States through a prisoner swap, but for the players, the news was still heartbreaking to hear.

“And we’re still supposed to play this game,” Mercury guard Skylar Diggins-Smith said after the game, adding an expletive. “Nobody even wanted to play today. How are we even supposed to approach the game and approach the court with a clear mind when the whole group is crying before the game?”

Nygaard said the team had eventually gone through a “version” of the shoot-around, but nothing about the day or game felt normal. The most atypical moment of the night for Nygaard happened moments before tipoff, as the lights dimmed and players, coaches and referees locked arms in solidarity for 42 seconds — matching the number of Griner’s jersey. Fans chanted “We are B.G.” and “Bring her home.”

“I even linked arms with a referee, so you know you’re never going to see that again,” Nygaard said with a smile.

Griner has been detained in Russia since Feb. 17 after customs officials said they found hashish oil, a cannabis derivative, in Griner’s luggage at an airport near Moscow when she was traveling to the country to play for UMMC Yekaterinburg, a professional women’s basketball team. Griner said during her trial on drug charges that the hashish oil, in a vape pen, had been packed by mistake. Players across the W.N.B.A. and other professional athletes have campaigned fiercely for her freedom. In May, the U.S. State Department said that it had determined that Griner was “wrongfully detained” and that its officials would work to free her. Experts have said a prisoner swap is the most likely path for Griner’s release; the White House recently said it had made a “substantial” proposal.

In the meantime, Griner’s teammates and fans have continued their public campaign of support.

As fans filled the arena on Thursday night, they were greeted by Connecticut Sun dancers and arena staff members wearing “We are BG” T-shirts. Griner’s purple and orange No. 42 Mercury jerseys filled the stands along with variations of clothing with messages calling for her freedom. Mercury players donned the “We are BG” shirts in pregame warm-ups, as did the Connecticut coaching staff and several Sun players. Sun point guard Jasmine Thomas, who has been out injured, wore a hooded sweatshirt with a picture of Griner on the front and her No. 42 on the back.

Sharon White, a Sun fan and a season-ticket holder since 2002, was among those wearing Mercury colors. She was wearing a purple T-shirt that featured Griner’s name and number, which she said she wears to every game regardless of the opponent.

“When I get home, I wash it and I wear it again, even when they’re not playing,” White said, adding that her friends often make fun of her for how much she wears the shirt. White said she had cried as she watched Griner’s verdict on Thursday.

“It just hurts — I love her as a player, and it’s just a sad situation,” White said, wiping tears from her eyes. She added: “She doesn’t need to be there. When she comes home, she doesn’t need to go back. I think none of our players should go over there.”

Many W.N.B.A. players go overseas during the off-season to play for international teams to supplement their income. Griner was shown holding up a picture of her UMMC Yekaterinburg team photo from behind bars on Thursday.

Among those in the picture were Jonquel Jones, the Sun forward who won the W.N.B.A.’s Most Valuable Player Award last season. Jones, like Griner, has played for the Russian team for several years.

Jones said she had never expected something like Griner’s detention to happen. After Griner’s arrest, Jones said she had learned that even cannabidiol oil, which she always carries with her to help with recovery from pain and injuries, was illegal in Russia.

“My experiences over there have been so good,” Jones said. “Our team was top notch. They treated us like the professionals we are. We loved going over there because of that. So we just always felt safe. We never felt like anything would ever happen. So to see it happen to one of my teammates and be so close to it and understand that it could’ve been me, it puts it into perspective.”

Jones said getting excited for Thursday’s game had been difficult; the moment of solidarity made her even more emotional.

“It was like, ‘Dang, we did that, and now I got to go play basketball; my friend is still locked up overseas,’” Jones said. “So you just kind of go out there and do the best that you can do and not take the moment for granted, knowing that this is where she would want to be.”

The Mercury lost the game, 77-64, with an 18-0 Sun run in the third and fourth quarters that put the game out of reach. Diggins was the game’s leading scorer, with 16 points, and Jones finished with 14. But for both sides, the numbers seemingly didn’t matter.

“We’ll wake up tomorrow, and B.G. will still be in a Russian jail,” Nygaard said. “It’s day 169 or something tomorrow, and the clock continues, and we just want her to come home.”