For three decades, nuclear power was one of Germany’s most divisive debates. But with Russia cutting gas, Germans are revisiting their political energy taboos. 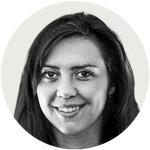 LANDSHUT, Germany — When Angela Merkel pulled the plug on nuclear power after the Fukushima meltdown, she set Germany on a course to become the only leading industrial nation to abandon atomic energy in the world. The economic engine of Europe planned instead to fuel itself through a transition to renewable energies with cheap Russian gas.

Now, 11 years later, with Russia toying with Germany’s gas supply, her successor, Chancellor Olaf Scholz, who has modeled himself in Ms. Merkel’s image, is staring at the possibility of reversing that momentous decision.

Europe’s geopolitical calculations have been turned upside down by the war in Ukraine. It has created an energy crisis that comes at a critical moment for Germany and Europe’s ambitions to become global leaders in the transition to climate neutrality. Instead, as Russia tightens the taps, coal plants are being refired across Europe, and nuclear energy is getting a second look as many on the continent wrangle over whether to sacrifice their sacred cows.

The European Parliament recently took the much-contested step of classifying some gas and nuclear power as “green.” In the Netherlands, gas fracking is up for reconsideration. In Belgium, like Germany, the debate has turned to keeping nuclear plants running, something unthinkable just months ago.

This week, Mr. Scholz for the first time publicly acknowledged that Germany’s plan to shut down its last three nuclear plants by the end of the year — the culmination of Ms. Merkel’s nuclear-free promise — may no longer be viable given the war in Ukraine.

Running the last three nuclear plants in Germany past their decommissioning date of Dec. 31, 2022, he said, “can make sense” given the energy crisis the war has precipitated. Any such move, he insisted, would not be decided by his government but rather by a series of stress tests on the German power system to see whether the plants would be needed and if they would be able to run safely past their shutdown date.

In part, Mr. Scholz is responding to a growing sense among Germans — according to recent polls, now over 80 percent — that they must re-evaluate the subject that led to some of the most emotional and divisive debates their country has grappled with since reunification.

“We are having conversations we thought we would never have to have again,” said Rosi Steinberger, a member of the regional parliament in the southern state of Bavaria, which will most likely find itself in most need of nuclear power should energy shortages come to pass.

“This is painful for all of us,” she said, as she worked in her darkened office to save electricity. “But we are also under the shadow of this war in Ukraine.”

That admission is probably harder for politicians like Ms. Steinberger than those from any other German party: She is from the Greens who now share power with Mr. Scholz’s Social Democrats in Berlin. The Greens have their roots not only in Germany’s environmental movement, but also in its grass-roots antinuclear protests, where the police clashed with activists, who sometimes chained themselves to the gates of nuclear plants.

Annalena Baerbock, the Green foreign minister, grew up going to such demonstrations, where human chains were formed in protest of nuclear plants. Even as many in her party begin to accept what looks inevitable, Ms. Baerbock insisted on Wednesday that she still believed an extension of nuclear power was “not an option.”

It is an irony of politics that it was Ms. Merkel who became the poster child for Germany’s “nuclear exit.” Her Christian Democrats were long proponents of nuclear power, and her government fought to extend the life of nuclear power after a previous left-leaning government sought to shut it down. She defended that move by arguing atomic energy was the “bridging technology” paving the way toward a renewable energy system in Germany — the same language her party later used to defend the shift to gas.

But the Fukushima nuclear plant disaster in 2011 forced her into a U-turn, after her party faced a catastrophic loss in regional elections to the Greens, who campaigned against nuclear power. Germans, long split over nuclear issues, had shifted against atomic energy, and Ms. Merkel soon took seven of Germany’s 17 nuclear power plants offline.

She argued she took the move because the Fukushima disaster, in a high-tech country like Japan, was a “turning point for the entire world.”

“It’s as if the pope were suddenly advocating the use of birth control pills,” the German magazine Der Spiegel wrote at the time.

For years, despite bemusement of many outside Germany, the country seemed set on that course. This year, as Europe began its sanctions on Russian fossil fuels, Germany’s Green energy minister seemed more willing to turn on carbon intensive coal plants rather than reopening the issue of nuclear power.

Mr. Scholz took a similar line — only weeks ago, he was still telling reporters that any reversal on the nuclear power exit was not possible.

Now, the chancellor is facing a decision to keep plants on that many argue is as political as Ms. Merkel’s move to switch them off.

There are only three plants still operating in Germany, accounting for around 6 percent of Germany’s energy supply. For Germans, nuclear power became wrapped up with Cold War fears that their nation, on the front line of Europe’s Iron Curtain and divided between the U.S.- and Soviet-backed governments, could become the ground zero of nuclear annihilation.

Germans of that era grew up reading “The Last Children of Schewenborn,” a novel about the aftermath of a nuclear war. Today’s generation watches Germany’s Netflix thriller “Dark,” which takes place in a town that lives in the ominous shadow of a nuclear plant.

Ironically, in real-world Germany, those living beneath the white columns of smoke of the Isar 2 nuclear plant are far more blasé about the plants staying on than many of their fellow countrymen.

“I’ve been here for 30 years,” said Hans Königsbauer, a 67-year-old retired butcher, slowly tending to his flower beds that face the nearby plant. “Since they built it. I’m not afraid at all.”

He is unfazed by the fact that the plant has not had a comprehensive inspection since 2009 — something commonly cited by opponents as a safety risk. “They do safety inspections every two months,” Mr. Königsbauer said. “It is safe.”

Kathy Mühlebach-Sturm, a representative of the BUND environmental group in the same district, said she understood why many people were puzzled by some Germans’ anxieties about nuclear power. “But I look at it the other way around,” she said. “I understand the fear. What I can’t understand is the lack of it.”

Like most Bavarians, recollections of the 1986 Chernobyl nuclear meltdown in Ukraine are seared in her mind. The disaster created a cloud of radioactive fallout that rained down on parts of Germany — and now, fighting around nuclear plants in Ukraine gives such memories a new potency.

She recalled how she and other parents frantically changed the sand in children’s sandboxes, and drove hundreds of kilometers to buy milk from dairy farmers whose cows fed on hay harvested before the contaminated rains.

Even today, 36 years later, officials in Bavaria say some 15 percent or more of wild boars inspected after slaughter are contaminated with radioactivity.

Opponents to nuclear power’s extension in Germany argue that on top of the emotional resonance, the plants will have only a minimal impact on Germany’s energy crisis.

Nuclear power goes mostly to electricity, while gas imports are used for heating German homes and for heating processes critical to German industry.

“That is only 1 percent of the shortfall that we need to compensate for because of the lack of Russian imports,” said Simon Müller, a director of Agora Energiewende, a think tank promoting the transition to renewable energy.

Yet Mr. Müller said keeping the plants on may still make sense — not for Germany, but for Europe. Because European states often share electricity, nuclear power plant outages in France may in fact become a valid reason, he said, for keeping nuclear power on in Germany, even though it would only be a drop in the bucket of what France might need.

In contrast to Germany, France gets about 70 percent of its energy from its aging nuclear fleet or reactors, more than any other country. The government is now renationalizing its electricity giant and will spend 51.7 billion euros to build up to 14 next-generation reactors by 2035.

“The big untold headline is that we have a second crisis in Europe,” he said. “This is a crisis in the electricity system, and it’s a crisis caused by failing nuclear plants in France.”

Alexander Putz, the mayor of Landshut, remembers going to antinuclear protests as a teenager, wearing the famous sticker of a smiling sun that said: “Nuclear power? No thanks.”

Today, the former engineer said his understanding of modern nuclear plant safety left him with no anxieties about living just a short drive away from the Isar 2 plant, which sits on the banks of the Isar river.

He feels a sense of absurdity in the debate, given that Europe’s electricity sharing could most likely mean buying nuclear-produced power from neighboring countries like France or the Czech Republic, where a disaster could hurt Germans as much as an accident in their own country.

“I completely understand people, and I’d rather we didn’t have to do it,” he said of extending the life of Germany’s own reactors. “It’s just that we are in a crisis.”