Giannis Antetokounmpo Jokes About Expensive L.A. Dinner, 'This City Is Not For Me'

Giannis Antetokounmpo Jokes About Pricey L.A. Dinner 'This City Is Not For Me' 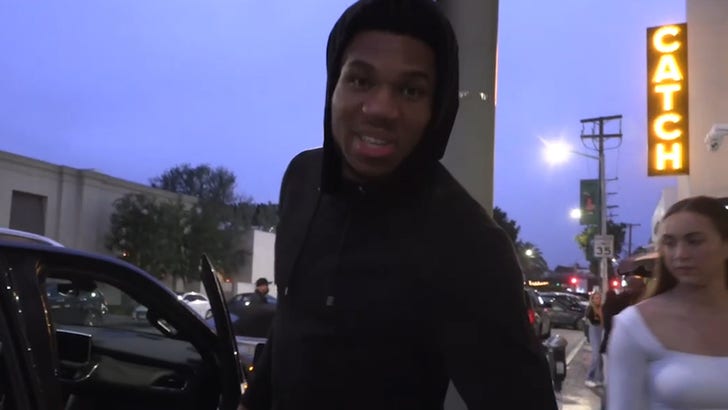 Giannis Antetokounmpo has made more than $146 MILLION in his career, but even he has to let out a "sheeeesh" when it comes to expensive dining in L.A. ... saying, "this city is not for me."

The Milwaukee Bucks champ and his family hit up Catch in West Hollywood on Wednesday ... and while he says the food was "incredible," he admits the tasty meal put a dent in his wallet.

"Expensive, expensive," the Greek Freak said. "This city is not for me."

Now, Giannis has never been one to flaunt his wealth -- he even seems a bit shy when the camera guy brings up how insanely rich he is -- but he admits ya can't put a price tag on having an unforgettable time with the fam.

Giannis and the Bucks recently got booted from the playoffs ... and while the Celtics and Heat duke it out in the Eastern Conference Finals, he was chowing down on some of the best food in L.A.

Who's the real winner??

Well, let's be honest -- Giannis would much rather be playing still ... but this alternative ain't too shabby.

The cams also congratulate Giannis on being first team All-NBA ... and his reaction is truly genuine.