On June 13, 1977, the bodies of three murdered Girl Scouts were discovered on a trail near where they were attending an overnight camp, known as Camp Scott, outside Mayes County, Oklahoma. 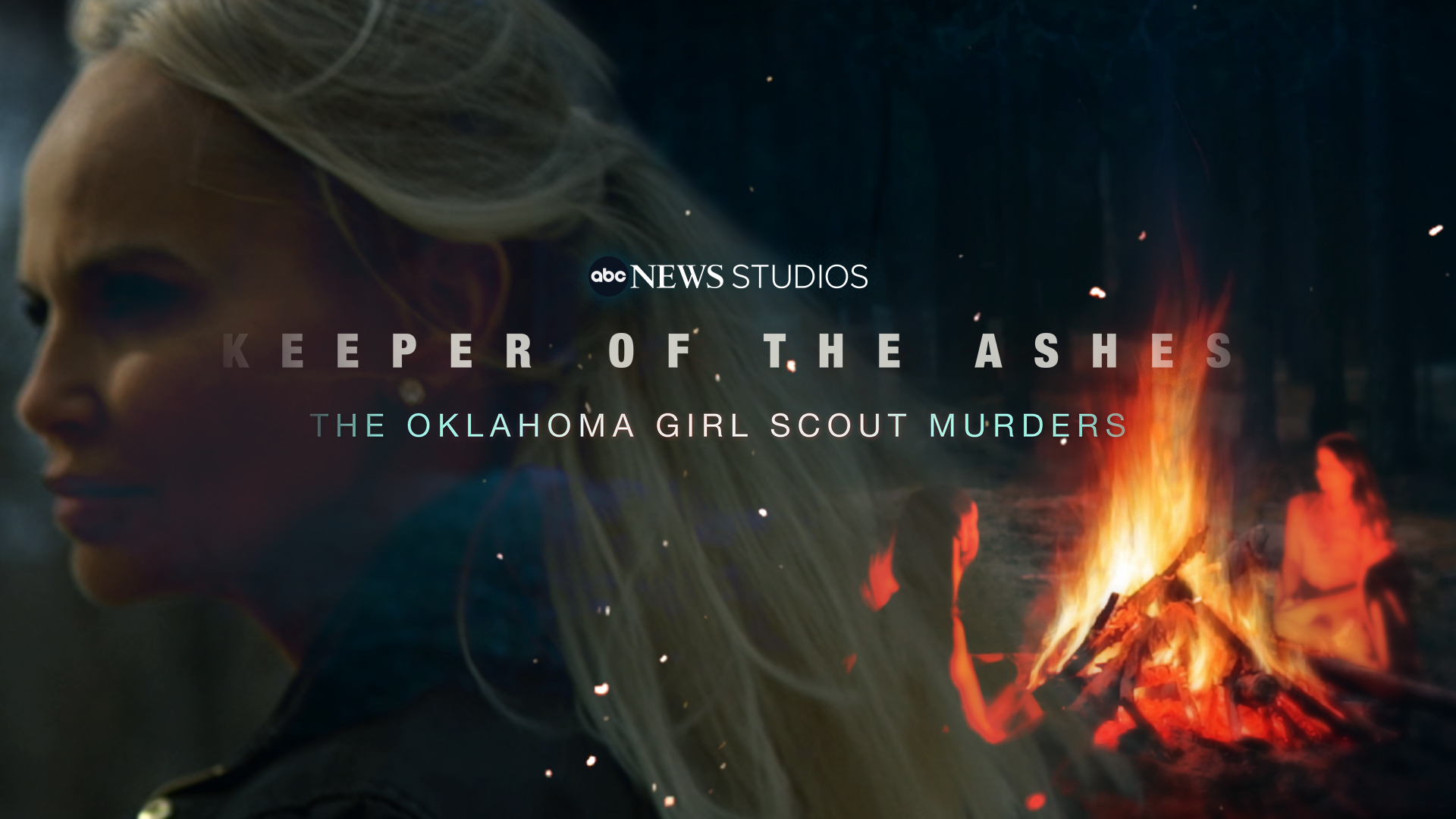 Keeper of the Ashes: The Oklahoma Girl Scout Murders

Three young girls were found murdered after their first night at sleep-away camp. Award-winning actress and singer Kristin Chenoweth returns to her hometown to investigate Oklahoma's most infamous murders.

To this day, nobody has been found guilty of the violent deaths of Lori Lee Farmer, 8; Michele Heather Guse, 9; and Doris Denise Milner, 10.

Broadway star Kristin Chenoweth was an 8-year-old girl living in Mayes County, Oklahoma, in 1977. The murders hit too close to home, she said.

“Forty-five years ago I never thought I would still be haunted by these murders that stripped away our innocence,” said Chenoweth. “That's why I've come back home. To find answers, to find healing.” Chenoweth's return to her hometown to investigate the murders is detailed in the Hulu special "Keeper of the Ashes: The Oklahoma Girl Scout Murders" premiering May 24, 2022.

Chenoweth said that the year the girls were killed, she had begged her mom to attend the same camp but ended up staying home.

“In third grade, I told my mom I wanted to go to Girl Scout Camp, Camp Scott. But I had gotten sick and mom said, ‘You can't go.’ And I remember being devastated,” said Chenoweth. “[I] could have, would have, should have been on that trip. It has stuck with me my whole life.”

Following an investigation into the girls' murders, Gene Leroy Hart, an escaped convict with a history of violence and sexual assault, was arrested.

Hart was a member of the Cherokee nation in the area. At the time of his arrest, the Native American population did not trust the justice system and questioned if he was arrested because of his heritage.

Bo Farmer, the father of Lori Farmer, said that he believes Hart’s heritage mattered during the trial.

“The accused was Native American and the population was a large percentage Native American. We were seen as outsiders. We were the parents of the kids from Tulsa Big Town,” said Farmer.

Hart was acquitted in March 1979 after the jury delivered a unanimous not guilty verdict. Three months later, Hart died of a heart attack while serving the rest of his sentence for a previous crime in the Oklahoma State Penitentiary.

Sheri Farmer, the mother of Lori Farmer, said that the result of the trial added to the insurmountable amount of pain she and her husband already felt.“I just assumed they're going to find him, there'll be a trial, all of this in a reasonable amount of time,” said Farmer. “That is not what happened. It was not right.”

In 1989, DNA testing showed that Hart’s DNA matched three of the five samples, but the results were not enough to conclude that Hart was the murderer.

Watch the ABC News Studios special “Keeper of the Ashes: The Oklahoma Girl Scout Murders” with Kristin Chenoweth premiering May 24, 2022.

Chenoweth said that although she did not know the three girls personally, she had attended the same school as Michele Guse and Guse's mother had been her brother’s teacher.

“I would say I did not know her, but did I maybe see her in the hallway and say, ‘Hey,’” said Chenoweth. “[I remember in] flashes of seconds of seeing somebody in your school hallway and then not being there anymore.”

Chenoweth’s drive to find the truth has been a lifelong journey. She said she turned to theater and music to help cope with learning about the traumatic event at a young age.

“For decades now, I’ve been fascinated and horrified by true crime and I know that it’s because of those three little girls, those three angels whom I’ve never forgotten. It’s because I could have been one of them,” said Chenoweth.

Nearly three decades after the first DNA test, authorities conducted a new round of DNA testing in 2008, but the results were inconclusive because the collected sample had deteriorated over time, according to authorities.

In 2017, Mayes County Sheriff Mike Reed raised $30,000 in donations to order new DNA testing. Although the DNA testing was officially inconclusive, authorities announced that the DNA evidence strongly suggested that Hart was involved in the crime and also eliminated several other potential suspects, according to Reed.

In 2022, Hulu followed Chenoweth back to her hometown as she hoped to breathe new life into the case and help the victims' families find closure.“At the end of each camp, one of the girls would become the keeper of the ashes from the last bonfire. They've been smoldering for decades. Now it's time to put them out,” said Chenoweth.

Family members of the victims spoke to ABC News Studios. Bettye Milner, the mother of Doris Denise Milner, said that her pain still feels like her daughter was killed yesterday.

“They'd found three girls beat to death. My daughter was one of them,” said Milner. “Up until the day to go to camp, she was excited about it. But then, she decided she didn't want to go. So I told her if she would just go and see what it's like. If she didn't like it, then we would come and get her.”

“Every day was a struggle. It doesn't matter how many people have been through it. I mean, it doesn’t diminish your pain,” said Milner.

Chenoweth decided to open a local performing arts camp called Broken Arrow Performing Arts Center in 2009 for her hometown. She said that music can be instrumental in telling painful stories and healing.

“We have to talk about it. That's part of the healing process. Music helps you deal with the hard stuff in life,” said Chenoweth. “This happened. There's no closure. There's no pretty red bow at the end.”

Chenoweth said she still thinks about the three girls and how their own opportunities to share their talents have been unfairly lost.

“When I think of those three girls, I wonder what Denise and Lori and Michele would have been like. I think about their life. The one that they missed,” she said. “They probably were in the middle of finding their purpose, what they loved, what they would have been.”