Glamorous student, 18, who's bullied online over her 'lazy eye' insists she's 'accepted' the way she looks and says it's an 'advantage' because she stands out on TikTok

By Ellen Coughlan For Mailonline

A teenager who is 80 per cent blind in her left eye due to an eye turn condition has revealed how she gained 226k fans on TikTok by sharing her glam makeup videos.

Elley Davies, 18, from Pembrokeshire, Wales first developed strabismus at the age of four, but after she refused to wear glasses, her eye turn becoming more and more prominent over the years.

She now only has 20 per cent vision in her left eye while her right side working in overdrive so she can see.

Despite that, the beauty therapy student has over 221, 000 followers on her TikTok @mselleymay and her videos have gained over 4.9 million likes due to her glam makeup looks while she confidently showcases her condition.

Elley told The Daily Star: 'I have people turn and look the way my eye is facing because they aren't sure if I'm talking to them or the person next to them, it does get challenging. That's my only reason for regretting not wearing glasses.'

Elley Davies, 18, from Pembrokeshire, Wales, who is 80 per cent blind in her left eye due to an eye turn condition has revealed how she gained 226k fans on TikTok by sharing her glam makeup videos

The teenager explained how her squint began when she was just four-years-old.

Her parents started noticing her eye 'started to get lazy' when she was tired, but it became more prominent with time.

Her older brother suffered the same condition, however decided to wear glasses - with Elley confessing his turn is now 'pretty much straight.'

She began wearing glasses more during her primary school years, but received some harsh comments from her peers.

The beauty therapy student has over 221, 000 followers on TikTok and her videos have gained over 4.9 million likes due to her glam makeup looks where she confidently showcases her condition

WHAT IS A STRABISMUS?

If a person suffers with strabismus, one eye looks directly at the object they are viewing and the other eye is misaligned.

Strabismus can be constant or intermittent.

About one in 20 children have a squint, or strabismus, but exotropia is far less common.

Squints usually develop during the first three years of life, but can appear later.

It is often spotted in early childhood, sometimes within weeks of a baby being born.

Many historical painters suffered with the condition, including: Pablo Picasso, Edgar Degas and Rembrandt.

Lady Louise Windsor also is believed to have the condition.

When she moved into secondary school, she began receiving 'nasty' comments from boys.

However Elley  explained how she learned to deal with it, saying: 'Comments still bothered me but I got better at hiding it by laughing with them and taking the joke on further, that way they could be straightforward to my face without hurting me, because I was laughing with them, and that continued through secondary school too.'

She began making TikTok videos for fun because she 'liked dancing and lip syncing.'

She said she didn't expect to have a big following until she posted a video of herself doing a makeup tutorial.

It quickly wracked up thousands of views, and Elley gained  470,000 followers on the platform.

She even attracted attention from well known influencers including Tana Mongeau and Georgia Louise Harrison.

However despite the positive feedback from some of her fans, Elley still has to deal with online abuse from others.

Luckily Elley has learnt to deal with the negative comments and even replies to some of the trolls in her popular TikTok videos.

She said: 'Sometimes I even comment back things agreeing with the trolls, I just want to show I'm not bothered because I'm not!

'I've accepted the way I like and I'm okay with it.'

The TikToker said she loves making content on the app and a few negative comments wont stop her enjoying it.

The pretty teen revealed she hopes to become a model in the future, saying she is 'confident in myself, but I'd love someone to be confident in me.'

On one of her viral videos, she wrote 'Why don't you just get surgery?' which is something she gets asked a lot.

Elley captioned the post: 'I am happy' and after a flood of supportive messages she commented: 'The support, you guys are amazing!'

One follower wrote: 'Ignore the haters. You're beautiful being different is what makes you unique.'

Another said: 'Girl you do you don't let anyone tell you different. You're gorgeous.'

While another wrote: 'You don't need surgery, you are already gorgeous and it makes you unique.'

Positive: Although the teenager has to deal with trolling she also has a lot of support from her followers 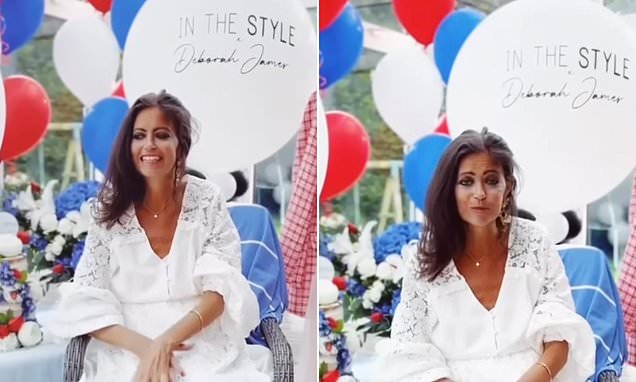 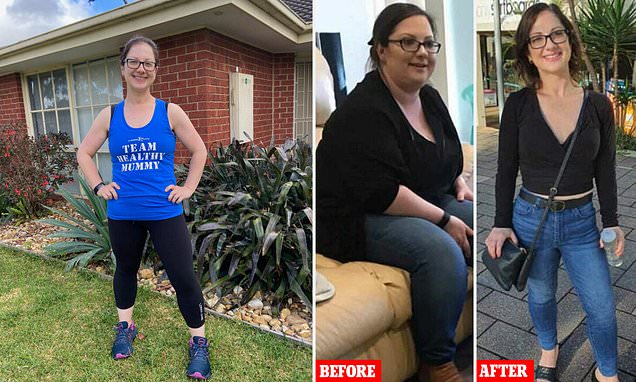 Mum-of-two loses 36 kilos in just a little over a YEAR using... 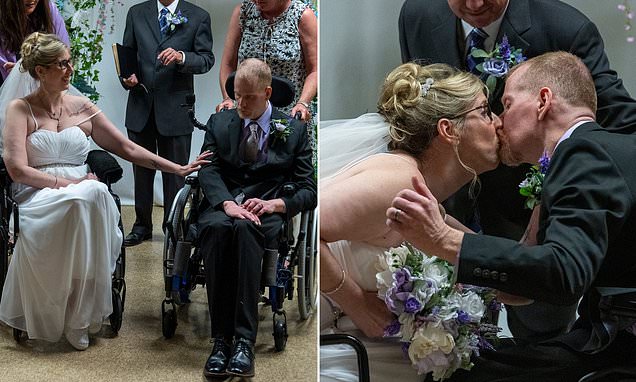 Couple who were BOTH diagnosed with Huntington's disease mar...