Why Monkeypox Vaccine Shortage May Threaten the Immunocompromised

People with H.I.V. and other immune-system problems may need the full two-dose regimen, researchers say. But the shots, particularly second doses, are hard to come by. 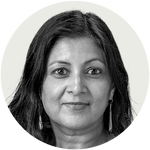 The shortfall of monkeypox vaccine doses in the United States, expected to last for months, is raising urgent questions about how well and for how long a single shot may protect against the virus.

The vaccine, called Jynneos, is approved as a two-dose regimen, but most people at risk of infection have been receiving one dose — if they can find it. Now the shortage has led federal officials to consider a rarely used approach: a so-called dose-sparing strategy, which gives shots that each contain just one-fifth of a single dose.

For most recipients, one shot should be enough to ward off serious illness, and there is some evidence that even smaller doses can be effective. But preliminary research suggests that people with H.I.V. or other conditions that weaken the immune system may be less protected than people who don’t have such illnesses, according to some experts.

“One dose is better than none,” said Dr. Alexandra Yonts, an infectious diseases physician at Children’s National Hospital in Washington, D.C. But people with “H.I.V. and other immunocompromised individuals need to be aware that they may not have an adequate level of protection from infection, even with vaccination,” she added.

Even two weeks after the shot, when the antibody response is underway, immunocompromised people still may need to “use all other precautions to prevent being exposed, per public health guidance,” she said.

The findings also suggest that some men should be prioritized for full vaccination. Given the supply constraints, that may be difficult.

Federal officials have ordered nearly seven million doses of Jynneos, but the shots will not arrive for months. So far, the Biden administration has shipped about 600,000 doses to states. It said last week that 800,000 additional doses were being allocated to states, but the distribution could take weeks.

Faced with shortages, some cities, including Washington and New York, are restricting second doses to stretch their supplies. Officials at the Food and Drug Administration and the C.D.C. have disagreed with that strategy, noting that Jynneos is approved as a vaccine to be given in two doses spaced 28 days apart.

But as federal health officials declared a public health emergency on Thursday, Dr. Robert Califf, the commissioner of the F.D.A., said the agency was now considering authorizing shots that contain just one-fifth of the regular dose, delivered between layers of the skin instead of under it.

What is monkeypox? Monkeypox is a virus similar to smallpox, but symptoms are less severe. It was discovered in 1958, after outbreaks occurred in monkeys kept for research. The virus was primarily found in parts of Central and West Africa, but in recent weeks it has spread to dozens of countries and infected tens of thousands of people, overwhelmingly men who have sex with men. On July 23, the World Health Organization declared monkeypox a global health emergency.

How does it spread? The monkeypox virus can spread from person to person through close physical contact with infectious lesions or pustules, by touching items — like clothing or bedding — that previously touched the rash, or via the respiratory droplets produced by coughing or sneezing. Monkeypox can also be transmitted from mother to fetus via the placenta or through close contact during and after birth.

I fear I might have monkeypox. What should I do? There is no way to test for monkeypox if you have only flulike symptoms. But if you start to notice red lesions, you should contact an urgent care center or your primary care physician, who can order a monkeypox test. Isolate at home as soon as you develop symptoms, and wear high-quality masks if you must come in contact with others for medical care.

I live in New York. Can I get the vaccine? Adult men who have sex with men and who have had multiple sexual partners in the past 14 days are eligible for a vaccine in New York City, as well as close contacts of infected people. Eligible people who have conditions that weaken the immune system or who have a history of dermatitis or eczema are also strongly encouraged to get vaccinated. People can book an appointment through this website.

The F.D.A. would need to grant Jynneos an emergency use authorization in order for it to be administered this way.

The dose-sparing approach has been used when supplies of other vaccines are scarce. But giving intradermal shots requires more skill than is needed for more traditional immunizations.

One shot is probably enough to forestall severe symptoms in most people, and the dose-sparing strategy may work just as well. But it’s unclear whether a scaled-back regimen is enough to prevent infection, and if so, how long that immunity may last, federal health officials said.

“We’re in a data-free zone,” said Dr. Emily Erbelding, an infectious diseases expert at the National Institutes of Health, who oversaw testing of Covid vaccines in special populations.

One oft-cited statistic says that the vaccine is 85 percent effective against monkeypox. That data derives not from trials of Jynneos, but from a small 1988 study that looked at the incidence of monkeypox among people who had been inoculated for smallpox earlier in their lives.

No large clinical trial of Jynneos as a monkeypox vaccine was conducted in humans before its approval. Instead, the F.D.A. relied on measures of antibody responses in small groups of people after immunization with Jynneos compared with those produced by ACAM2000, an earlier vaccine for smallpox.

In studies led by its manufacturer, Bavarian Nordic, two doses of Jynneos yielded antibody levels in humans that were about the same as those after one shot of ACAM2000.

Antibody levels after the first shot of Jynneos initially rose for two weeks and then remained flat until the second dose four weeks later, when they soared to very high levels — higher than those recorded with ACAM2000.

Scientists read that to mean if the first dose is not followed by a second, the protection may not be long-lasting.

“Ideally, a second dose would be administered if protection for more than that four-week period is desired,” said Dr. Yonts, who reviewed the data for the F.D.A. as a staff scientist.

She added that delaying the second dose to eight weeks might be reasonable. “But if it’s going to be like six months, then I think that prioritization would lean more toward those that are more severely immunocompromised,” she said.

Injecting one-fifth of a regular dose of Jynneos between skin layers, as the F.D.A. suggested on Thursday, may be effective, according to limited research. The skin has many more of the immune cells that respond to vaccines.

But the research is very limited. Scientists at the N.I.H. had planned to test the dose-sparing strategy in a clinical trial set to begin in a few weeks. It is unclear whether those plans will be shelved or sped up.

Information about how Jynneos performs in people with H.I.V., particularly in those with severe immune problems, was already scant. In one study conducted by Bavarian Nordic, antibody response to vaccination tended to be diminished: At 28 days after the first shot, 67 percent of those with H.I.V. produced antibodies, compared with 84 percent of uninfected people.

While Dr. Yonts said the data from that trial was not conclusive, reduced antibody response is often seen among immunocompromised people given other vaccines. While evaluating Covid vaccines, for example, researchers found that patients with H.I.V. were more likely to have breakthrough infections.

“Individuals with severe or moderate immune suppression are recommended for additional doses of common vaccines,” said Keri Althoff, an epidemiologist at the Johns Hopkins Bloomberg School of Public Health, who led the Covid vaccine study. “As immune suppression increases, the response to the vaccines does decrease.”

The C.D.C. and the New York City Department of Health say Jynneos is safe for people with H.I.V., but the agencies have not addressed its effectiveness in that population.

By contrast, health officials in Britain say that for people who “are H.I.V. positive or have any other condition or treatment leading to a weakened immune system, the vaccine may not protect you as well.”

The vaccine’s package insert also notes that immunocompromised people “may have a diminished immune response.”

“Two shots may be very important in this population, which is something that is not actually happening in the public health response,” said Dr. Chloe Orkin, an infectious disease physician at Queen Mary University of London, referring to immunocompromised people.

But until more doses are available, state and local health departments may not have much of a choice other than to stick with scaled-back regimens.

“In an environment of scarcity, we have to do everything we can to get the benefits of vaccine to the city as quickly as possible,” said Patrick Gallahue, a spokesman for New York City’s health department, in a statement.